For those who aren't already aware (because this has apparently been happening for along time already), you may encounter the following situation. I make note of it however as this is my first encounter of it: 1. Buy OEM hardware 2. Reformat HD per usual OEM bloat removal. Prepare a superior version of Windows key that you have (never been used license).

During OS re-installation process, notice that the setup never asked you to enter the license key. After installation, note that Windows is already activated. Attempt to activate your unused license to unlock additional features (e.g. From base version to pro). Get an error message stating that the license key won't work. 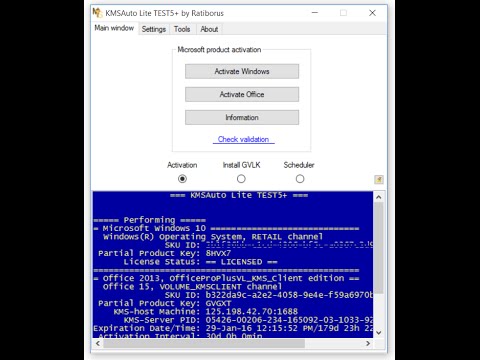 List Of All Hacking Softwares For Laptop. There is no way to alter the license key that is stored in the BIOS. It is possible to view it using BIOS tools or even use more commonly known programs such as Belarc. Rammstein Made In Germany Rar here.

But there isn't much use in that. We need a way to actually stop the Windows setup using this license in the first place.

It is at this point I learnt that it is possible to exploit legacy Windows setup behaviour. Here's what you need to do: 1. Copy the content's of your Windows setup media (in the case of a CD) or extract it from the ISO (in the case of a DL). Once you have the folder structure, open the 'Sources' folder. Create a new text file and paste the following into it. [EditionID] [Channel] Retail [VL] 0 4.

Save and rename the file to 'ei.cfg' thus changing its extension. Depending on your boot media type, re-build the.iso with a program like ISO Creator and either extract & burn it onto a DVD or use a program like Universal-USB-Installer to create a bootable USB drive. Reboot your machine and boot from the media you just created as you would normally when setting up Windows. Note that this time, the setup process will prompt you to input a license key thus bypassing the BIOS version! Enjoy reclaiming control over the legitimate hardware and software you purchased.

Hopefully this information will help keep you 1 step ahead. At least until MS patches the exploit. It's a brave new world. EDIT: Updated to reflect extent of practice. Dude, welcome to 10 years ago. It's called, and it's been going on since the Windows XP days.

Well damn, i've bought many an OEM machine over the years and this is the first i've ever encountered it. I guess it just depends which vendor you use.

Either way, it took me a while to find out a procedure that works to bypass it so hopefully this will be helpful to someone like me who, somehow, managed to bypass this 'convenience' for so many years. Although I guess a large part of that that is because for along time I was just building my own hardware - which I will revert to doing once again.

Retail/MSDN/TechNet XP images didn't have the right files inside to use SLIC data. The full Service Pack downloads had the files embedded, but you had to put them in place yourself.

Most OEMs distributed their own (customized) XP installers that used the SLIC data properly, but had their own extra crap rolled in on top. The availabilty of VL keys meant that most enthusiasts simply didn't have to give a shit about that though. With Vista and 7, I never ran into this as a problem. Either the edition I chose to install matched what was stored in SLIC or it didn't and I was prompted for a key.

I haven't had to do a clean 8/8.1 install on a PC with it shipped OEM to run into what you did as a problem though. The license key is NOT stored in the computer BIOS. The OEM install app check in the BIOS for the OEM manufacturer name and if it is not found or different than what is hard coded in the install app, then the Windows install fails. All of the normal Windows install apps check the volume name of the install CD/DVD and compares it to the hard coded install app data. If the volume name is different then the install fails. You can change the install type from Home to Professional to Enterprise simply by burning a new disk with the appropriate volume name.